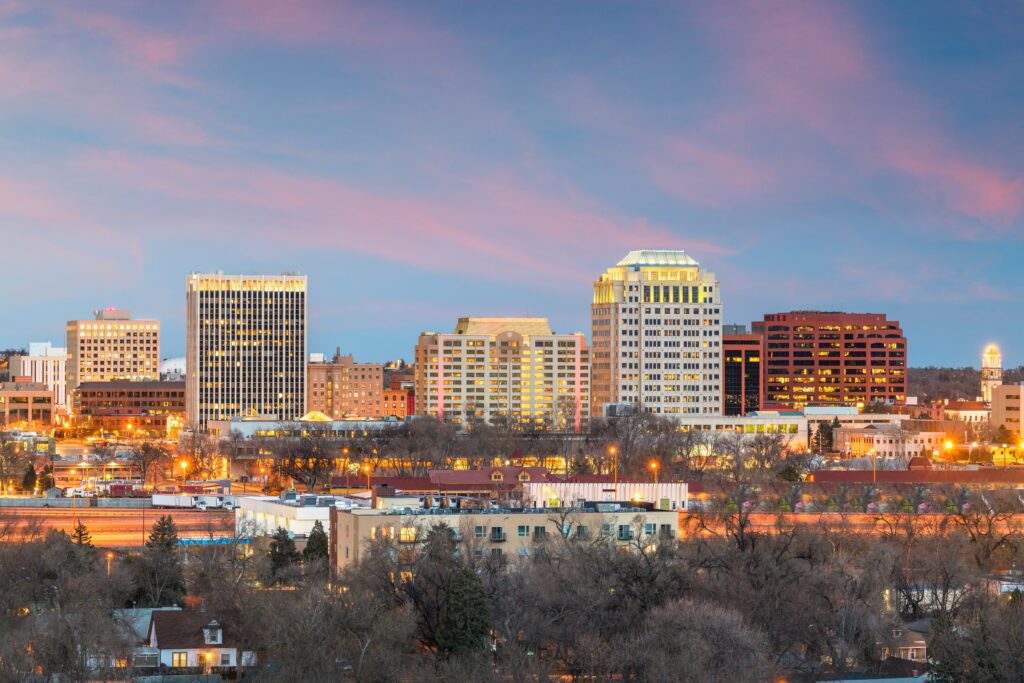 The state of Colorado is facing a housing affordability crisis, inflation, dealing with soaring crime rates, and homelessness. The list of challenges Coloradans are facing is daunting. But across our great state local leaders are digging in, rising to the challenge and coming up with innovative ways to create opportunity for their residents.

On this episode of Common Sense Digest, Host and Chairman Earl Wright welcomes Mayor of Colorado Springs John Suthers and Aurora City Councilman Dustin Zvonek to the show to discuss how each municipality is approaching the complex and intermingling challenges of housing affordability, homelessness, crime, economic opportunity and much more. They share ideas, opportunities and roadblocks to the creation of cities in which we all thrive, prosper and find happiness in the face of wicked problems and entrenched thinking. It’s a wide ranging and informative conversation featuring two leaders working to shape the future of two of Colorado’s most prominent cities.

John Suthers was re-elected to a second term as Mayor of Colorado Springs by an overwhelming majority in April of 2019. Before being elected Mayor, Suthers served as Attorney General of Colorado from 2005 to 2015. Under Suthers’ leadership, the Colorado Attorney General’s office earned a national reputation for excellence. Prior to being Attorney General, he was named by President George W. Bush in 2001 to be United States Attorney for Colorado and he was unanimously confirmed by the US Senate. In 1999, Suthers was appointed by Governor Bill Owens as Executive Director of the Colorado Department of Corrections, based in Colorado Springs. In that position, he managed an organization with 6,000 employees and a budget in excess of $500 million. In 1988, he was elected District Attorney of the 4th Judicial District, which includes El Paso and Teller Counties.

The 41st mayor of Colorado Springs, Suthers’ first term began in May of 2015. Dustin Zvonek is the President and founder of Zvonek Consulting, an executive management consulting firm, and a Partner and Senior Advisor at Rising Cloud, a first to market tech start-up. Dustin was elected to the Aurora City Council in November of 2021 to a four-year term as an At-Large Member. On Council, Dustin is currently the Chairman of the Public Safety Committee and the Vice Chairman of the Planning and Economic Development Committee. Dustin also serves as the Chairman of the Red Tape Reduction Committee and is a member of the Management and Finance committee.