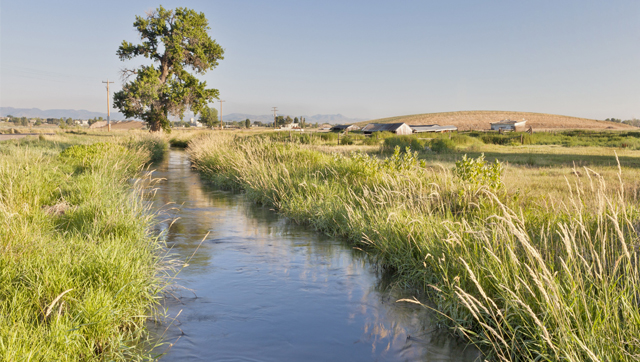 As Colorado continues to grow, one of the key issues the state faces is the reliable availability of water. When investing in our state, developers, businesses, and even the general population all face apprehension with what the future may hold with this key life-giving resource. Water is the lifeblood of any community and how the resource is managed is a subject about which interested entities fight, negotiate, and discuss.

On this episode of Common Sense Digest, Host and Chairman Earl Wright welcomes Terry J. Stevinson fellows Jennifer Gimbel and Eric Kuhn to discuss the history, evolution and future of Colorado water. An old saying, incorrectly attributed to Mark Twain, says, “Whiskey’s for drinking, water’s for fighting.” True enough, but the history, reality and path forward for water in Colorado and the West is much more nuanced and fraught than that. Tune in for more detail.

Jennifer Gimbel is a Senior Water Policy Scholar and former Interim Director and at the Colorado Water Center.  Jennifer has experience in law and policy on national, interstate and state water issues. She was the Principal Deputy Assistant Secretary for Water & Science at the Department of the Interior, overseeing the U.S. Geological Survey and Bureau of Reclamation. She also was Deputy Commissioner for the Bureau of Reclamation and Counselor to the Assistant Secretary. Jennifer was the Director of the Colorado Water Conservation Board, the water policy agency for Colorado. As a water lawyer, she worked for the Attorney General’s Offices in Wyoming and Colorado. She has over 35 years of experience on water issues

Eric Kuhn is the retired General Manager of the Colorado River Water Conservation District and co-author with John Fleck of Science Be Dammed: How Ignoring Inconvenient Science Drained the Colorado River, University of Arizona Press, 2019.