Prices in Colorado increased by 0.47% between September and November, up from a 0.17% decrease over the two months prior. Because of this, Colorado’s 12-month inflation rate dropped from 7.7% to 6.9%. The primary causes of this change are nominal decreases in the prices of household fuels and transportation (driven largely by a decrease in the price of motor vehicle fuel since July) and slower rates of growth of other prices, like food and beverages. Despite moderating in September and November, overall price growth continues to outpace earnings growth; in Colorado, average weekly earnings have increased by 6.2% over the past 12 months ending in June, which is 89% percent of inflation over that same period.

In October and November, the average Colorado household spent $1,730 more due to inflation—an average of $865 per month. After the Federal Reserve’s three 75 basis-point increases in the fed funds rate and an expectation of another 50 basis-point increase in December, forecasts expect inflation to begin to recede in 2023—stay tuned.

Inflation in Metro Denver was 5.5% between January and November and 6.9% over the Last 12 Months—.2 Percentage Points below the National Average (BLS CPI Survey)[i] 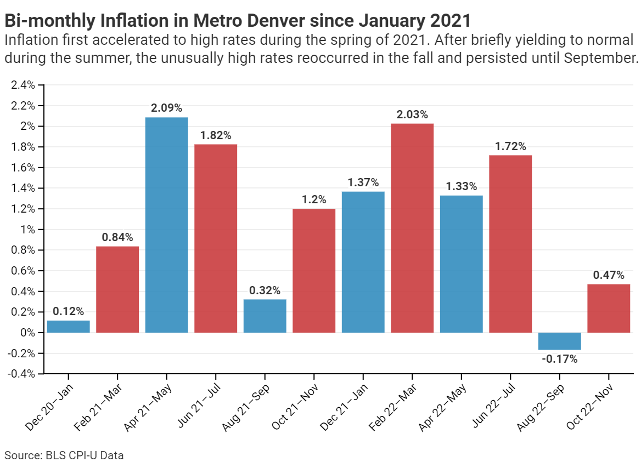 In 2017, the USDA released a report titled “Expenditures on Children by Families, 2015.”[iii] This report estimated that the total expenditures on a child from birth up to 18 years old by married-couple families is $245,460 in the urban west region. The USDA based its estimates on 7 major categories of spending on a child: housing accounts for 29% of the total, food 18%, transportation 15%, clothing 6%, health care 9%, childcare & education 16%, and miscellaneous expenditures 7%. CSI used BLS estimates of the consumer price index for each cost category from 2015 to November 2022 and estimated the cost of raising a child born in 2022 from birth to age 18 to be $312,389, which is a 27.3% increase ($66,929) over its value in 2015. The following graph shows how the total cost of raising a child from birth to age 18 has changed since 2015. 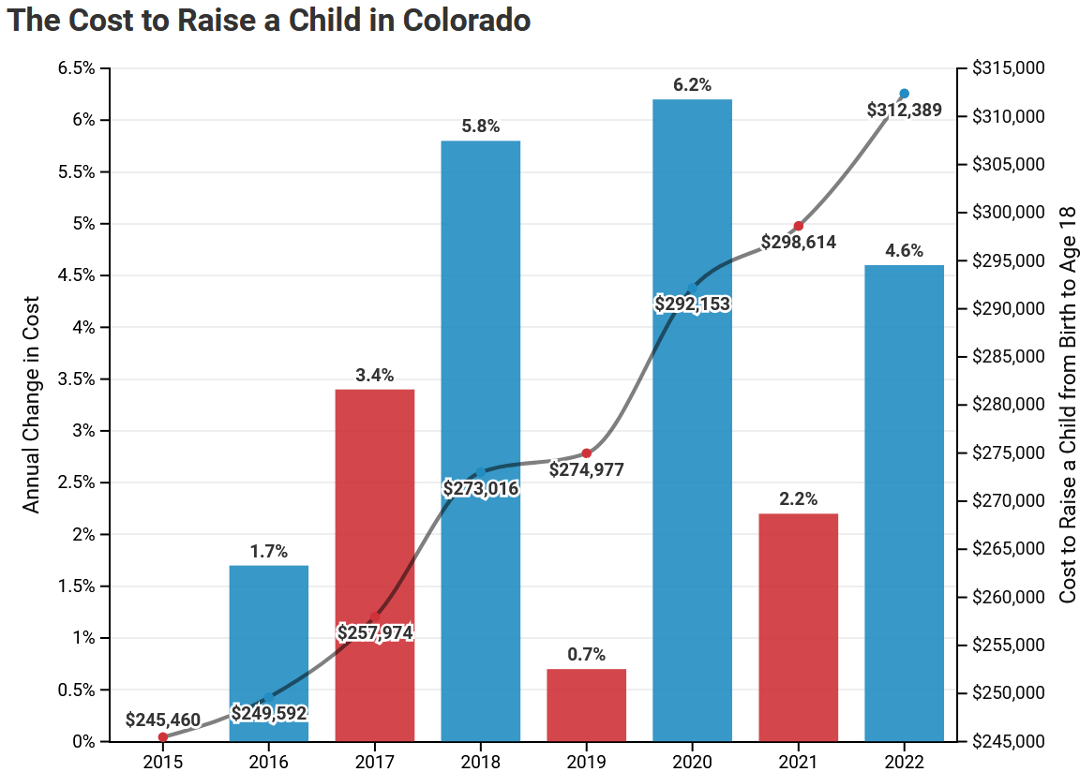 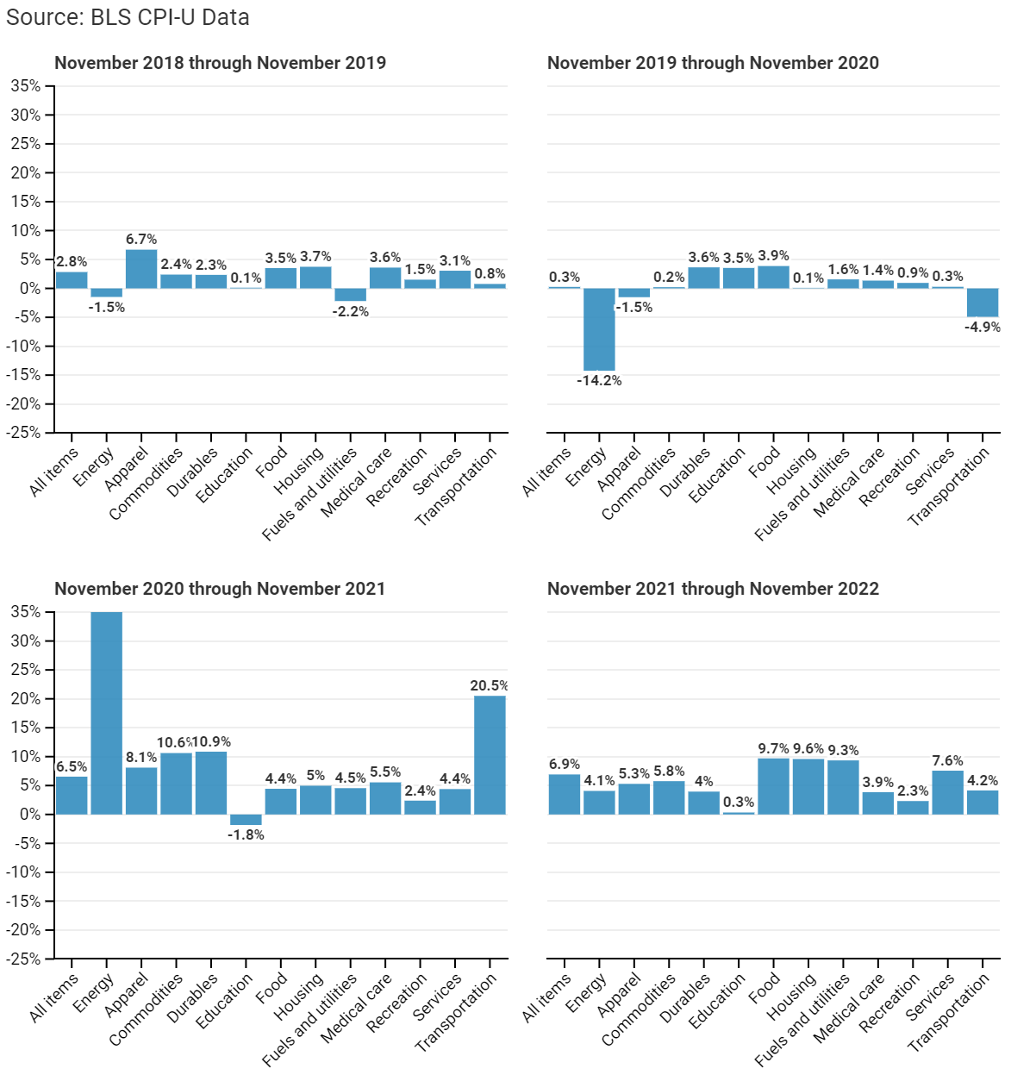