In 2021, inflation in the Denver metropolitan area was the highest it’s ever been since the Bureau of Labor Statistics began tracking it in 1986. The largest two-month period of inflation occurred in late spring and a resurgence at the end of the year through January added an additional 2.6%. High inflation erodes savings and increases the costs of daily commutes, groceries, and other consumer goods. This threatens the financial health of Colorado citizens and the strength and swiftness of the state’s ongoing economic recovery. 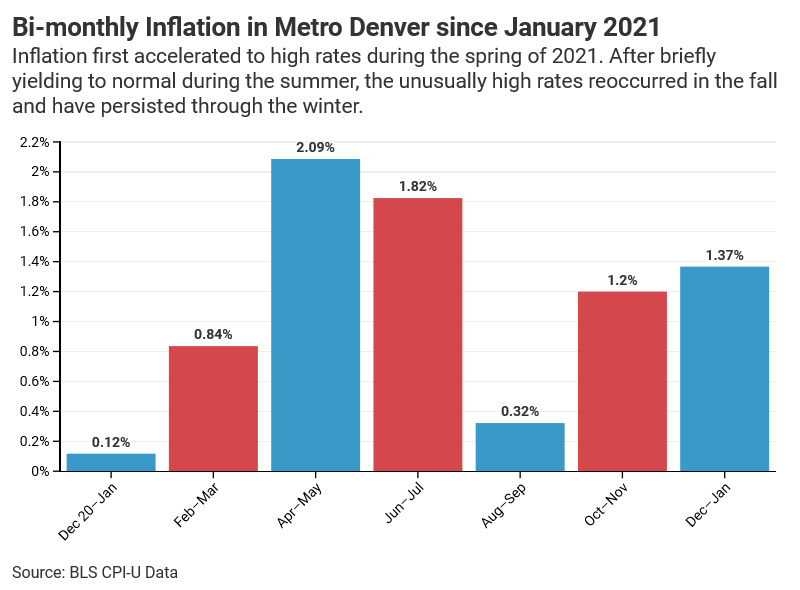 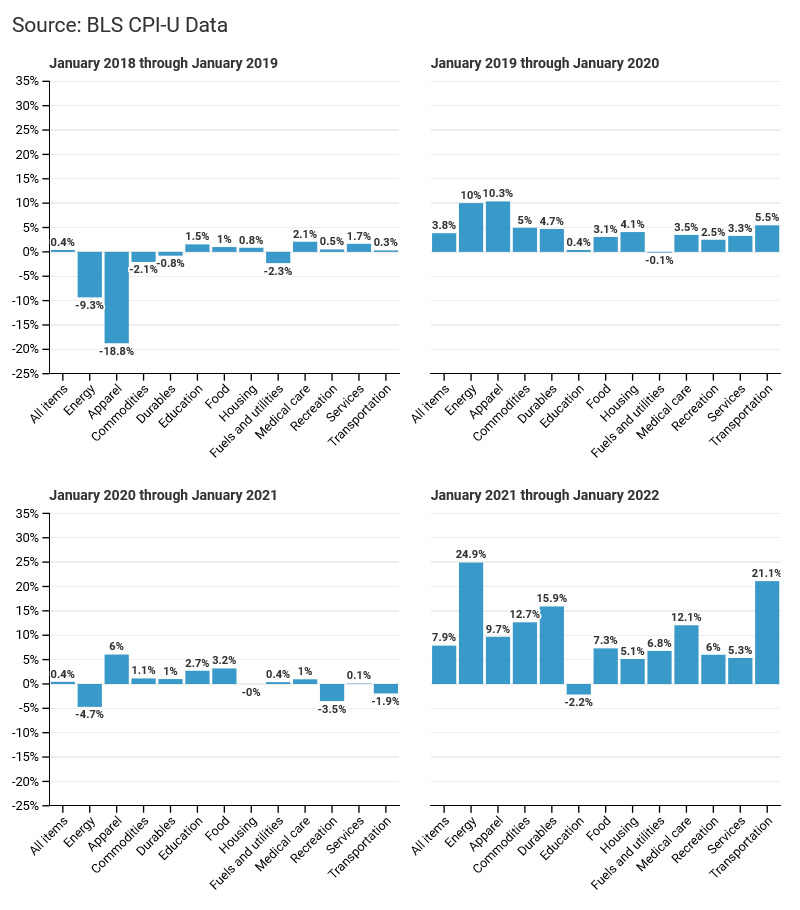 The chart below, inspired by the American Enterprise Institute’s “Chart of the Century,” displays 19 years of changes in wages, inflation, and the prices of consumer goods and services in the Denver metropolitan area. As real wages have risen locally, most durable and nondurable goods have become more affordable; conversely, the rising costs of housing, health care, and higher education have increasingly crowded out more and more of every dollar of spending. This chart includes some items which are representative of a statewide average and not just the Denver MSA. Similarly, the price changes reported at the Denver MSA level may not be fully representative of actual price changes in regions across Colorado that are outside of the MSA. 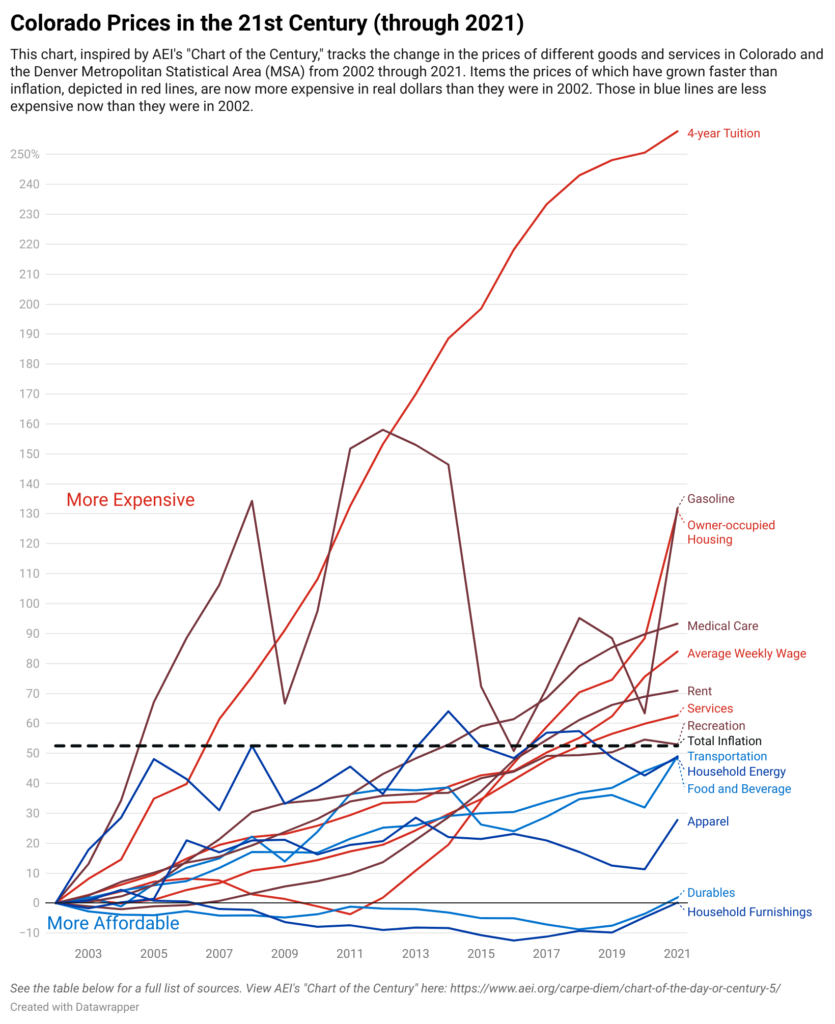 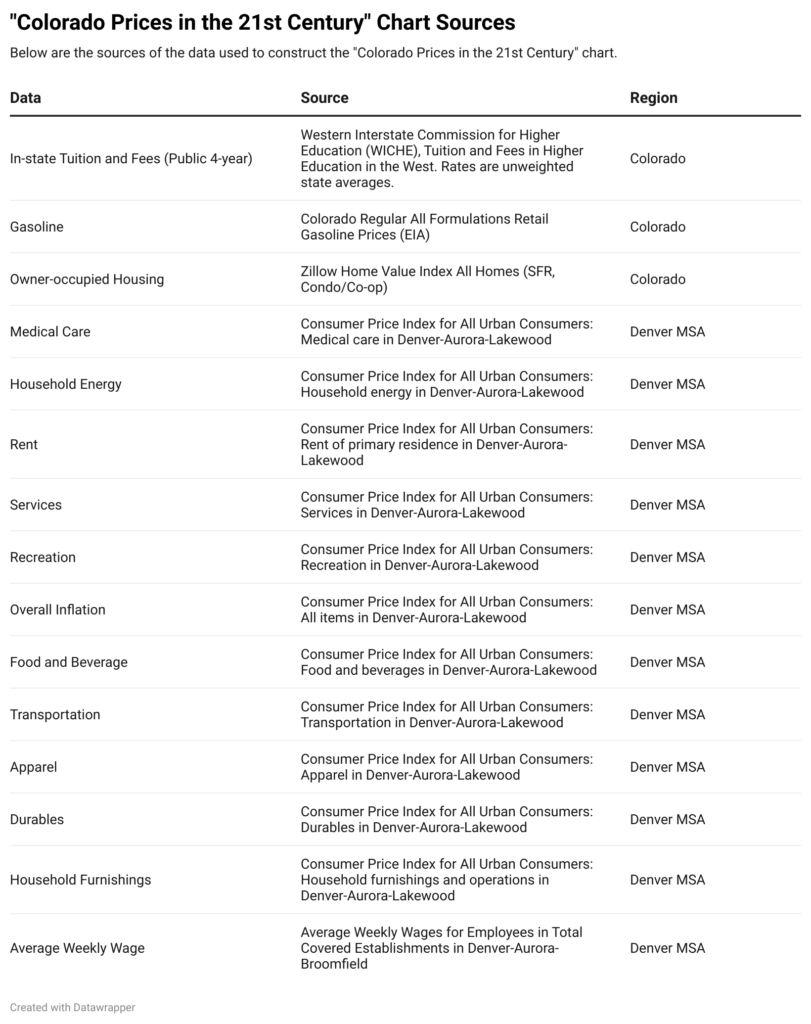 [ii] This figure corresponds to the data in the first graph. These are generated by distributing the consumer expenditure estimates from https://www.bls.gov/regions/mountain-plains/news-release/consumerexpenditures_denver.htm across individual months, weighting them according to their corresponding CPI levels, and adjusting them according to the latter’s growth history.