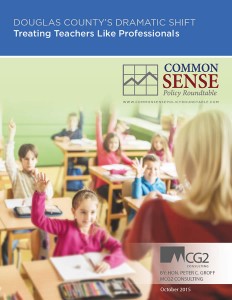 Academic studies clearly show the transformative impact a great teacher can have on students in the classroom and even outside the classroom. “Elementary- and middle-school teachers who help raise their students’ standardized-test scores seem to have a wide-ranging, lasting positive effect on those students’ lives beyond academics, including lower teenage-pregnancy rates and greater college matriculation and adult earnings”5 according to a new study6 that tracked 2.5 million students over 20 years. “Replacing a poor teacher with an average one would raise a single classroom’s lifetime earnings by about $266,000,”7 the authors of the study estimate. “Multiply that by a career’s worth of classrooms. ‘If you leave a low value-added teacher in your school for 10 years, rather than replacing him with an average teacher, you are hypothetically talking about $2.5 million in lost income,’ said Professor Friedman, one of the coauthors.”8 The study, The Long-Term Impacts of Teachers: Teacher Value-Added and Student Outcomes in Adulthood, was released in 2011. Over time, it becomes more evident that the teacher makes a difference in a student’s life outcomes. Once a student crosses the threshold to enter the classroom, the teacher begins to pave the way for the student’s future. The difference between a student with a well-constructed path and one with a non-existent or poorly constructed one will be distinguishable later in a student’s life.

Despite this research-based knowledge, very few major school districts in America differentiate teacher pay based upon performance or pay new hires based on the supply of teachers for a certain discipline against the demand in the sector for those teachers. However, three years ago the Douglas County School District (DCSD) broke the mold when it implemented both a pay for performance system and a market based pay guide for hiring its teachers. Both programs reflect the understanding DCSD has about the rapid transition education is undergoing across America. 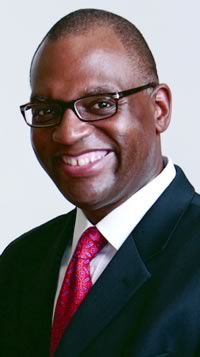 Peter C. Groff is the Principal at MCG2 Consulting, LLC. and a noted education reformer and national policy and political analyst and leadership lecturer.

Groff’s more than 25 years of public service includes serving as a consultant to numerous entities at the national, state and local level and as a Visiting Fellow at the Johns Hopkins University School of Education. Prior to his tenure at Johns Hopkins, he was the Director of the Center for Faith-Based and Neighborhood Partnerships at the U.S. Department of Education during the first term of President Barack H. Obama. The Center is part of the White House Office of Faith-Based and Neighborhood Partnerships. Groff is currently serving on the White House Commission on Presidential Scholars, appointed to that post by President Obama in 2014.

Groff served as the 47th President of the Colorado State Senate and was the first African American in Colorado to ascend to the post, and only the third African American in the nation’s history to hold the gavel as State Senate President. Senator Groff, who was renowned as the “Conscience of the Senate,” served in the Colorado General Assembly for nearly ten years and passed landmark and visionary legislation in the areas of education reform, criminal justice and health.