Denver Initiative 300: Impacts on the Homeless and Society by Granting Unimpeded Access to Public Space

Initiative 300 is a broad measure whereby supporters have asserted unimpeded use of public space for the purpose of erecting non-obstructive shelter, indefinitely, is a right to be extended to everybody including those experiencing homelessness. No city in the US has passed similar allowances. However, courts have ruled that cities cannot enforce certain laws that restrict access to public space if there is nowhere for individuals to go. Some of those cities experienced significant economic loss (downturn in tourism) and increased taxpayer costs resulting from growing public scrutiny to address the problem of large populations of unsheltered individuals. The reasons for the court-mandated unimpeded access to public spaces in the case study cities do not exist in Denver. There are a sufficient number of beds/shelters available and those experiencing homelessness are not being criminalized for violating the “urban camping ban.”

Data on successful exits from homelessness are clear; the longer people are unsheltered, the more challenging rehousing. Strategies to improve rapid rehousing, early intervention and supportive housing are the path forward as they mitigate the risks to the individual and society of  long-term homelessness. 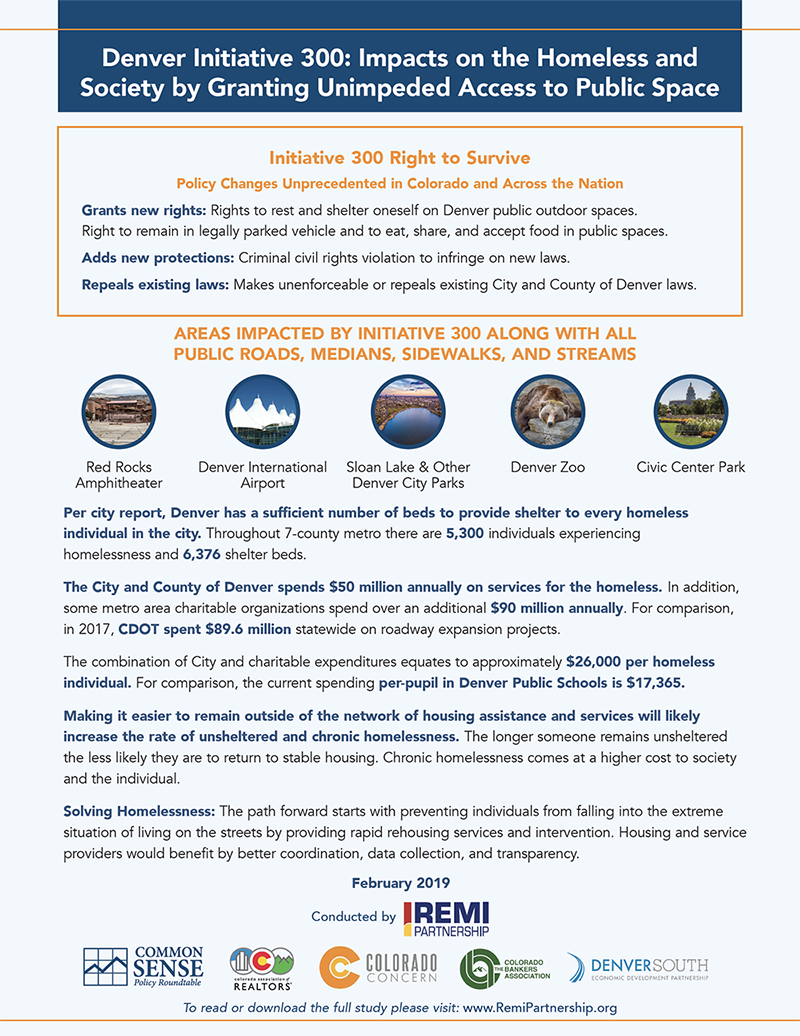