Driven by labor shortages and increased employment opportunities, job growth in October surged to its highest monthly amount since July. Labor force participation of mothers during the pandemic lagged consistently up until September. Their overall participation rate in October remained higher than pre-pandemic levels for the second straight month. 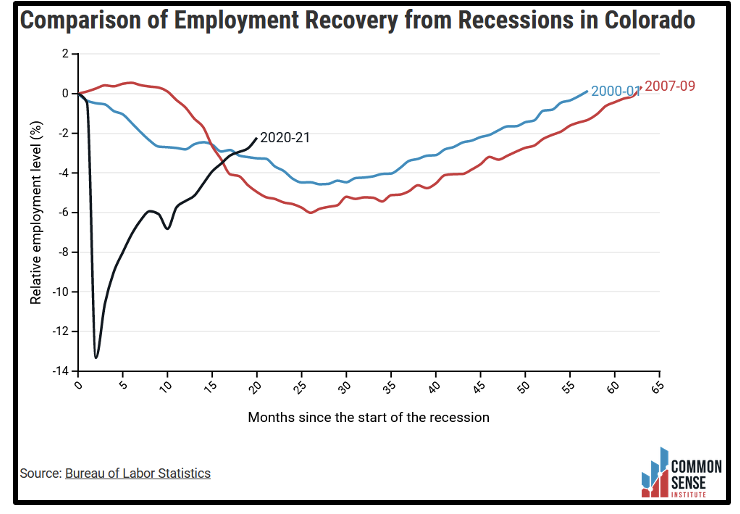 Overall, the state’s labor force participation rate remained flat, contributing to a slight decrease in the unemployment rate given the stronger job growth.

Women and Men, with and without Kids, in the Labor Force 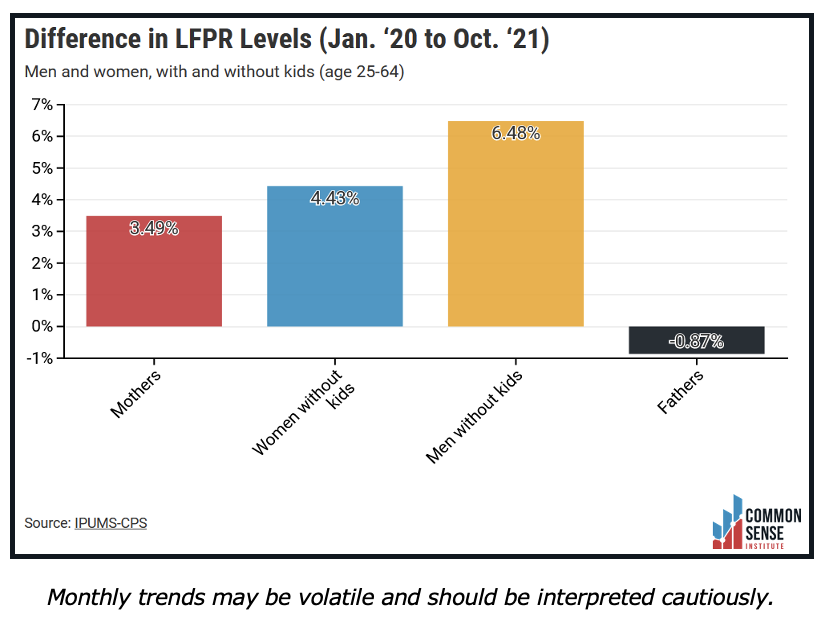