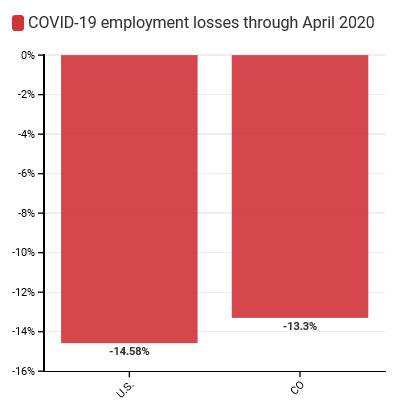 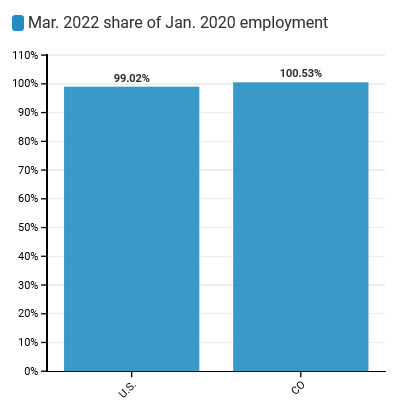 Colorado’s LFPR (labor force participation rate) increased in March to 68.9%, which combined with the strong job growth led to a decline in the unemployment rate to 3.7%. The LFPR of retirement-age (65 years and older) workers is now slightly below the pre-pandemic level by 0.26%. Record high inflation is causing many retirement age workers to re-enter the labor force as they attempt to maintain their standards of living. 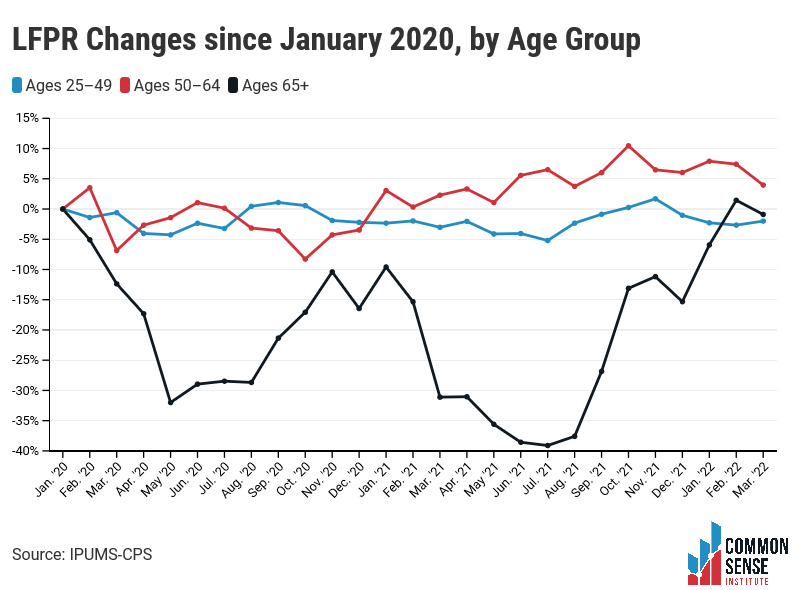