Colorado added 12,400 jobs in August—the largest amount since April 2022. However, July’s employment estimate was revised down by 300 jobs, bringing the prior month’s growth to 1,900 jobs. Government employment declined by 2,100 jobs in August whereas the private sector added 14,500. The sectors of Leisure and Hospitality and Education and Health Services both grew by more than 3,000 jobs, while the sectors of mining and logging and financial activities declined.

Leading into August there was a growing discrepancy between the survey trends in employment growth compared to the number of Coloradans employed. Though the gap shrank this month, the employment to population ratio still lags pre-pandemic levels. The cause of the growing discrepancy between the two surveys is still uncertain, but it may be that there has been a significant structural change within the job market. 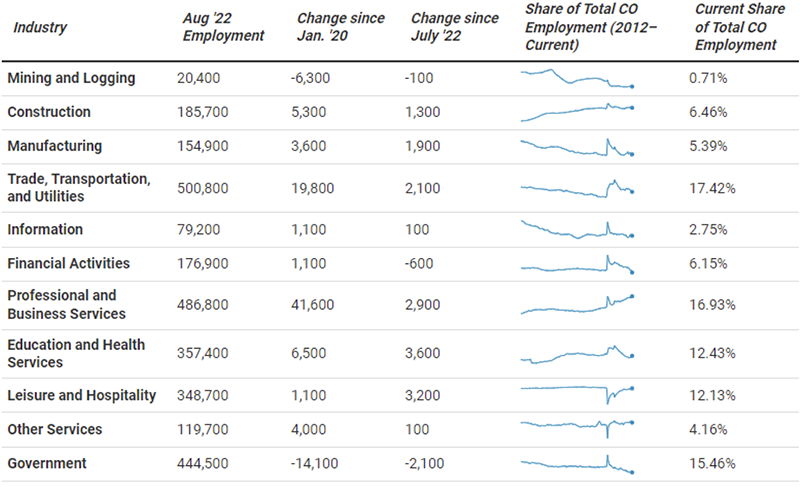 Colorado’s LFPR (labor force participation rate) remained at 69.5% in August; this alongside job growth, especially that indicated by July’s revision, led to a decline in the state’s unemployment rate to 3.4%. The LFPR of retirement-age (65 years and older) workers is now below its pre-pandemic level by 15.6%. After months where retirement age workers were leaving the labor force, their LFPR has increased by 19.63 percentage points since July. This is not surprising as historically these workers re-enter the labor force in late summer/early fall. 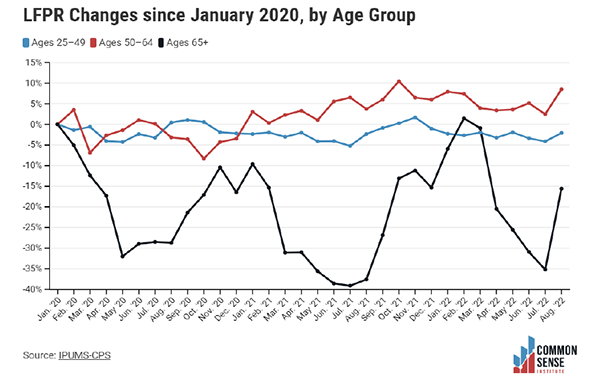