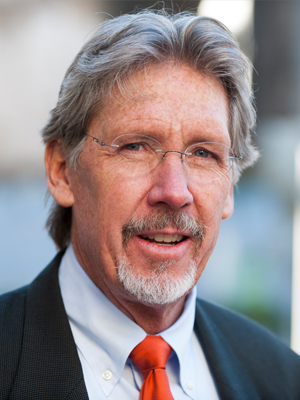 Jack Graham attended Colorado State University where he studied history and played quarterback; he was drafted by the Miami Dolphins and went on to have a successful career in the international insurance and reinsurance markets. Following his business career, Graham served as CSU’s Athletic Director from 2011 – 2014. In 1998, Graham founded ICAT Holdings, now Paraline Group, a recognized leader in catastrophic risk insurance and reinsurance products. He sold ICAT, including its Lloyd’s of London business, in 2010. Prior to ICAT, Mr. Graham spent 21 years with E. W. Blanch Co. (now AON Benfield Group) as a reinsurance intermediary. At E. W. Blanch Co., Mr. Graham was Executive Vice President responsible for the Western Region of the U.S. He served as a member of the Board of Directors of E. W. Blanch Co., Paragon Reinsurance Risk Management Services, Inc., and Blanch Capital Risk Solutions, Inc. As Athletic Director at CSU, Graham conceived of and led the initiative to build an on-campus football stadium and to raise the funds necessary to finance its construction. The stadium opened in the Fall of 2017. Graham also hired a number of highly successful coaches who have delivered excellent results for the University; in his final season at CSU, the Rams were ranked #1 in wins and winning percentage amongst all Division 1 universities in CSU’s “revenue sports” (football, men’s and women’s basketball, and volleyball). Graham was a member of the advisory board of the National Center for Atmospheric Research and was named the Entrepreneur of the Year in the Rocky Mountain Region, Financial Services division. He serves on a number of philanthropic boards in Colorado and lives in Ft. Collins. He and his wife Ginger founded Ginger and Baker, a Ft. Collins market and eating establishment.

“At CSI, we believe Colorado’s biggest challenges are the ones that impact us all. That’s why we believe it is critical to work across the partisan divide to support positive solutions.” CSI Board Member Jack Graham, Founder, ICAT Holdings.