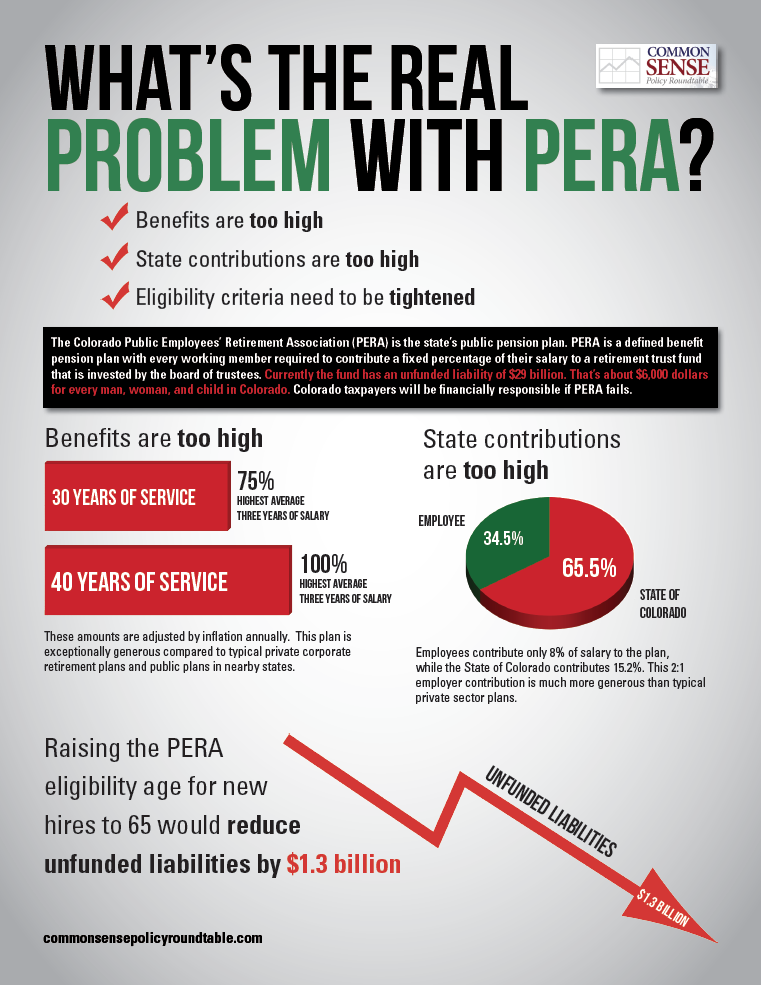 Published in the Denver Business Journal
March 28, 2014 By Earl Wright 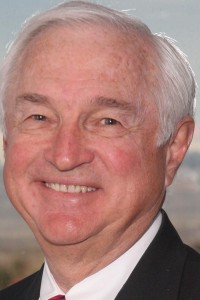 There is considerable concern and criticism about the Colorado Public Employees’ Retirement Association (PERA) being underfunded and the possibility of a “state disaster” happening someday. With Detroit’s bankruptcy and several other state and metropolitan retirement funds on the brink of default, it is appropriate to ask ourselves “What is the real issue behind PERA’s underfunding?” Poor investing? Pension benefits that are too generous? Or is it poor leadership that has failed to take legislative action to avoid a financial crisis?

For those not familiar with the state’s public pension plan, PERA provides retirement benefits to employees in more than 500 public entities and government-backed agencies. PERA is a defined benefit pension plan with every working member required to contribute a fixed percentage (currently 8 percent) of their salary to a retirement trust fund that is invested by the board of trustees.

Employers additionally are required to contribute a fixed percentage of their total payroll (Currently a minimum of 10 percent). In return, PERA members receive one of the most generous pension plans available, with maximum annual payouts reaching 100 percent of an employee’s highest average three years of salary.

As many pundits are eager to point out, PERA currently has an unfunded liability of about $29 billion. Furthermore, PERA’s own analysis predicts that most, if not all, of its divisions will have significant unfunded accrued liabilities for at least the next 30 years, even if its expected returns are met.

The real issue is blatantly obvious: Colorado’s public retirement plans and policies are far too generous. For example, any employee with 40 years’ service can retire with an inflation-adjusted annual pension payment equal to 100 percent of the average of their three highest years of salary. Full retirement is available at 30 years with a pension equaling 75 percent of an employee’s highest average three years of salary. This is exceptionally generous compared to typical private corporate retirement plans and public plans in nearby states.

A 2001 study commissioned by the Colorado Legislature compared PERA to the public pension plans in 11 surrounding states, and found PERA’s benefits more generous than all but one of its peers. Additionally, the study compared PERA to 10 pension plans run by private industry in Colorado and found that only one private plan provided benefits at a level near PERA. Although a more recent benefit comparison is not available, the 2013 compensation report by the Colorado Department of Personnel and Administration found that the state contributes about 25 percent more per year to retirement benefits for public employees than would be contributed to the average private plan.

Proponents of PERA’s significantly larger benefits argue that they are necessary to make up for the lower salaries public employees receive in their working years. This is simply not the case. The Federal Bureau of Labor Statistics’ Quarterly Survey of Employment and Wages shows that public salaries in Colorado are actually higher on average than private salaries, and have been for some time.

The Colorado Legislature had an opportunity to take a small step in the right direction by bringing PERA closer in line with private-sector pensions. Senate Bill 14-068 attempted to raise the age at which PERA members hired after Dec. 31, 2016, would be eligible to obtain retirement benefits to 65, with a minimum of 30 years of service. By doing so it would have lowered PERA’s unfunded liability by $1.3 billion without in any way affecting the pensions of those already in the system.

The bill died an unceremonious death in the Senate State, Veterans, and Military Affairs Committee. This bill may not have been the structural fix needed to permanently repair the public-sector retirement fund, but when even a modest proposal to make PERA slightly more viable cannot be accepted by those running the show at the Capitol, what hope is there of crafting a permanent solution?

All of this adds up to an unsustainable plan that is a liability for all Coloradans. Colorado has two clear choices before a “Detroit disaster” occurs in our state: Change PERA’s benefits to be comparable to private enterprise situations, or have participants contribute more from their paychecks, raising the employee contribution to 10 percent from 8 percent. These changes can only be made through legislative action.

This ought not to be a Democratic or Republican problem — it is a Colorado problem, and one that our state’s elected leaders should be working together to solve. After all, it is the Colorado taxpayer, every one of us, who are financially responsible for a failed public employee retirement fund.

Earl Wright is chairman of the Common Sense Roundtable, a public policy think tank. He can be reached at elwright@amgnational.com.