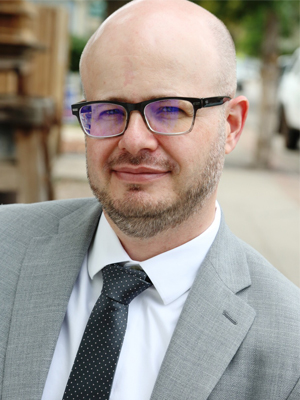 Simon Lomax has spent more than 20 years working in journalism, government and public affairs. He started as a research assistant at the Queensland Department of Transportation in Brisbane, Australia. He later became a journalist, reporting for newspapers, trade publications and financial newswires in Australia, the Deep South and in Washington, D.C.

In 2006 and 2007, Simon was a congressional fellow with the American Political Science Association, which sent him to Capitol Hill to work on climate change legislation. After the APSA fellowship, he covered energy and climate policy for Argus Media and Bloomberg News during the first term of the Obama administration. He became a U.S. citizen in 2008 and changed careers in 2012, leaving the newsroom to work in public affairs.

Since 2012, Simon has worked with think tanks, trade associations and business groups to advocate for limited government and free-enterprise approaches to public policy. Prior to accepting the Free Enterprise Fellowship at CSI, Simon was the research fellow for Vital for Colorado, a business coalition focused on energy policy, and an adviser at EIS Solutions, a Denver-based public affairs firm.

Earlier in his career, Simon was a managing director with FTI Consulting, a global business advisory firm, and the research director for Energy In Depth, a program of the Independent Petroleum Association of America. In 2016, he was an associate energy policy analyst with the Independence Institute in Denver.

Simon has a B.A. in Journalism from the Queensland University of Technology. In addition to his CSI fellowship, Simon continues to serve as a policy adviser to EIS Solutions. He lives in the Denver suburbs with his wife and two daughters.