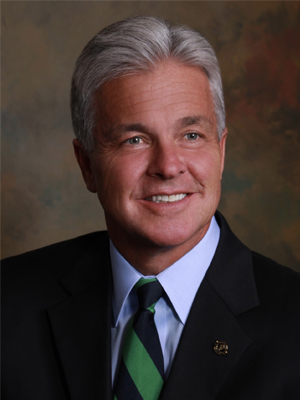 Mitch Morrissey was the elected District Attorney for the 2nd Judicial District (JD), from 2005 to 2017. Prior to 2005, Mitch was a trial lawyer in the Denver District Attorney’s office beginning in 1983. Mitch is internationally recognized for his expertise in DNA technology, applying that technology in criminal prosecutions, and working to ensure that DNA science is admissible in court. He has trained law enforcement officers and prosecutors throughout the United States, in the Middle East, in Central America, and Canada. A veteran prosecutor, Mitch introduced the first DNA evidence used in a criminal trial in Denver. The DNA Resource Section at the Denver DA’s website became a resource for people interested in forensic DNA throughout the world.

Mitch spearheaded the Denver Cold Case Project, which reviewed over 4,200 unsolved sexual assaults and murders using DNA technologies to solve old cases. In addition, Mitch and the Denver Police Crime Lab introduced the use of DNA to solve burglary cases and other property crimes. During his tenure as Denver District Attorney, Mitch became the leading proponent in the United States of using Familial DNA Database Searches to solve violent crime.

After leaving the Denver D.A.’s office in 2017, Mitch co-founded United Data Connect, a forensic DNA software company which has developed a secure web-based system to make familial search software available at a reasonable cost to law enforcement throughout the world. This software is responsible for solving murders in New York, Arizona, and Utah. It is currently also being used in Colorado, Virginia, Wisconsin, Wyoming, Louisiana, and Australia.
United Data Connect is a leader in solving cold case rapes and murders with investigative genetic genealogy. Through a unique partnership with Metro Denver Crime Stoppers, United Data Connect has solved seven murders, the oldest being from1963, one rape and identified the remains of a young woman after 27 years.