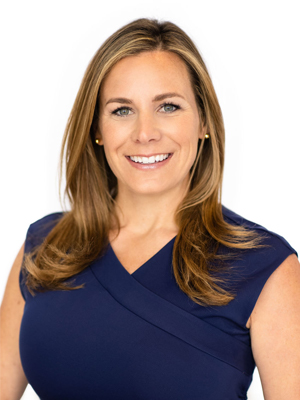 Kristin Strohm is a leading voice for free enterprise and economic opportunity in Colorado, with a career spanning small business, public policy, and philanthropy.

She was one of the original founders of CSI, and for almost a decade, she served as a strategic adviser to the research institute until taking a full-time leadership role as President & CEO in early 2019.

Previously, as a small business owner, Kristin was President and Co-Founder of the Starboard Group, one of the nation’s most influential political fundraising consulting firms.

She is actively involved in Colorado’s philanthropic community. Kristin has been honored to serve as a board member for a number of charities, including the Women’s Bean Project, the Denver Area Council of the Boy Scouts of America, and the Barton Institute for Philanthropy and Social Enterprise at the University of Denver. She is currently Board President of the Strohm-Link Family Foundation. Kristin is also a board member of the National Vote at Home Institute, a nonpartisan non-profit dedicated to ensuring the security of our elections and putting the needs of voters first.

Kristin also serves on the Board of Trustees of her alma mater, Coe College, and founded the college’s Tri Delta Leadership Scholarship. Kristin studied history and Spanish at Coe College, served as student body president, and was a Rhodes Scholar nominee for the state of Iowa. Kristin later earned an M.B.A. from the University of Denver.

Kristin has been honored by the Colorado Women’s Chamber of Commerce as one of the Top 25 Most Powerful Women in Colorado and was in the founding class of the American Enterprise Institute’s Leadership Network. In 2016, she received the Ally Award from the pro-LGTBQ organization One Colorado in recognition of her work in support of gay rights.

Kristin is married to Josh Penry. She and Josh currently make their home in the Denver area with their four children, Chase, Emme, and twins Sophie and Caroline.