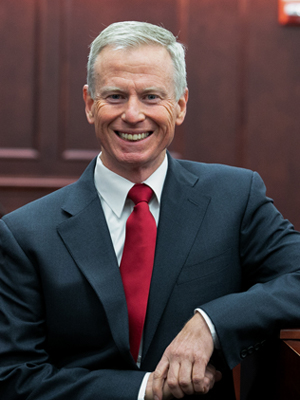 Colonel Brauchler serves as a military judge and legal advisor for NORAD-NORTHCOM in the Colorado National Guard.

He has served as an adjunct professor at the University of Colorado School of Law, University of Denver College of Law, the U.S. Army JAG School, and has trained state, military, and
international prosecutors across the United States and worldwide.

George has appeared in documentaries and news programs about various high profile crimes, as well as having provided commentary on CNN, Fox News, NBC, Court TV, every local television
station, and currently serves as a legal analyst for 9News KUSA (TEGNA) in Denver. George’s family lives in Parker, Colorado.