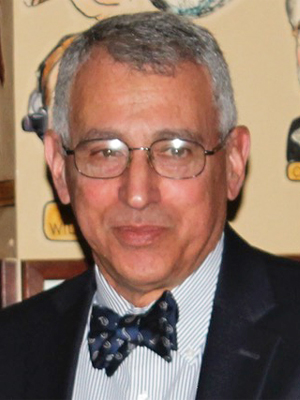 Benson Stein graduated from Brown University in 1977 with a degree in Political Science. From there he entered the U.S. Marine Corps and after Officer Candidate School He was commissioned as a 2nd Lieutenant in November of that year. Trained as an Air Support Control Officer he then served for a year in Okinawa Japan and another in Southern California before leaving active duty in January 1981.

In June of 1981 he enrolled at the University of Texas and subsequently was awarded a Masters in Business Administration degree in August of 1983. After completing his studies, he moved to Arlington Texas and for the next year was a management trainee with the Harris Corp. In March 1985 he relocated to Denver Colorado to join his brother as a partner in National Printing and Packaging, a family owned commercial printing business where the was the Controller.

In May 1995, Ben left the printing business and Denver to move to Chicago IL. At that time he began graduate school with a view toward attaining a PhD in US History. After completing his comprehensive examinations (but not a dissertation) he returned to Denver in late 1998 to become Colorado’s Deputy State Treasurer. In that position he was responsible for all aspects of the department’s operations including investments (typically about $2.5 billion), cash management, unclaimed property, accounting and administration. Developed and managed a $1.5 million operational budget and supervised 23 professional and support employees.

In November 2006 Stein left the Colorado State Treasury to become the Budget Director for the Colorado Department of Transportation where he managed an office with 23 employees responsible for the development and execution of the  department’s budget consisting of funds appropriated by the State legislature as well as the Transportation Commission.

In October 2010, Stein was selected to become the Chief Financial Officer (Senior Executive Service), Colorado Department of Transportation. As the CFO he was a member of the Department’s Executive Management Team. Oversaw the Office of Financial Management and Budget and the Center for Accounting. As a member of the Executive Management Team, he reported directly to to the Executive Director and the Transportation Commission on policy issues impacting the entire department as well as on accounting, finance, and budgetary matters.

In July 2014, Ben retired from the Colorado Department of Transportation and became the Chief of Staff to U.S. Representative Mike Coffman Colorado District 6 A position he filled until Rep. Coffman left office in January 2019. In addition to his CSI fellowship, Ben continues to work in the transportation field out of the Denver area office of Atkins Global a design, engineering and project management consulting firm.

He lives in Denver suburbs with his wife, Susan, who is an attorney and their twin sons, Louis and Ethan.