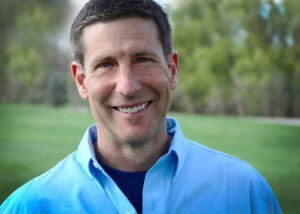 As a Colorado State Representative from 2015-2019, Lang represented House District 27 in Jefferson County. The ranking member on the business committee, Lang also served on the education, public health and health exchange oversight committees, and was a member of the legislative tax simplification task force and the JeffCo school safety task force. Over 85% of the bills Lang sponsored were bipartisan. He focused on solving problems in the areas of education, health care and small business, and on government transparency and accountability. He played major roles in passing legislation expanding public school choice, increasing healthcare transparency and reforming the public pension system to benefit retirees and taxpayers. Lang currently serves on the legislative subcommittee that oversees Colorado’s state pension fund. He was the Republican candidate for Lieutenant Governor in 2018 and State Treasurer in 2022.

Raised in a small family manufacturing business, Lang feels a gut-level loyalty to small businesses and the families they support. His passion for entrepreneurship continued as an attorney at the Colorado offices of Cooley LLP, a leading national firm, where he worked with leaders of numerous emerging technology companies and investors.

As a Navy FA-18 pilot, Lang is a veteran of numerous overseas deployments, including combat missions in Operation Desert Storm. He also served as an Instructor at the Navy Fighter Weapons School (TOPGUN), where he led the training program and edited the Navy’s premier aviation tactics journal. Transitioning to the Air National Guard, Lang flew F16’s and commanded a unit of ground-based forward air controllers in Kirkuk and Hawija, Iraq during the Second Gulf War. He retired as a lieutenant colonel in the Air National Guard after twenty-seven years of active duty and reserve service.

Lang is a graduate of the University of Michigan Law School, the London School of Economics and Vassar College. He and his wife Rene live in Arvada. They have three children; a daughter, who is a freshman at the Colorado School of Mines, and two sons, who attend JeffCo public schools.