The latest Bureau of Labor Statistics (BLS) state employment and labor force data released March 15th 2021, shows the rollercoaster employment trend continued through January. While Colorado ended 2020 with the 2nd highest increase in the unemployment rate of all states from the start of last year, the January 2021 data shows a sharp turnaround. Even though January data is a promising sign of recovery, there is still a long way to climb to reach pre-pandemic employment levels.

Key Findings on Colorado Employment as of January 2021 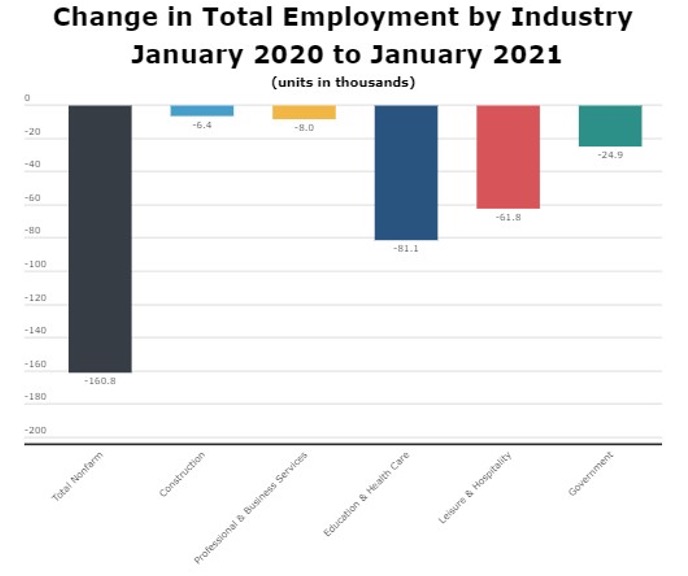