The March 2021 jobs and labor force data release for Colorado from the Bureau of Labor Statistics (BLS) marks a full year from the start of the more severe public policy reactions to COVID-19. The data show that, while the state has made significant progress from the April 2020 low points, achieving full recovery will take significantly more time.

Though the overall labor force participation rate (LFPR) has nearly fully recovered to pre-pandemic levels, those gains have not reached all groups equally.

Women and Men, With and Without Kids in the Labor Force 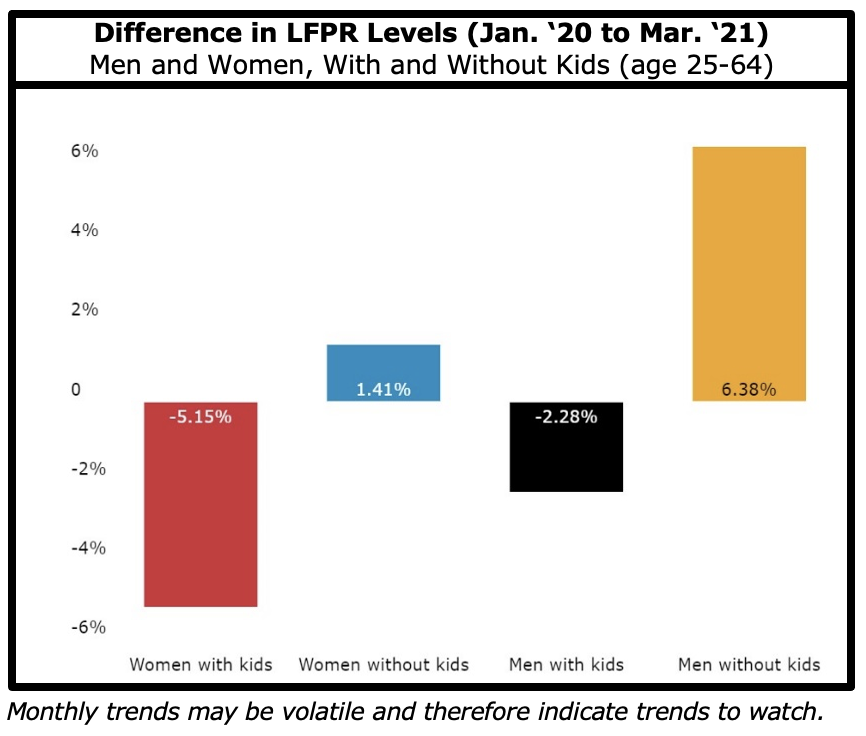