One year ago—in April 2020—Colorado lost over 360,000 jobs and experienced the worst month of economic performance in its history. Twelve months later, the latest data from the Bureau of Labor Statistics (BLS) show that, though Colorado’s workforce is on its way to recovering from the worst of the recession, a lot of progress remains to be made.

The Colorado labor force participation rate (LFPR) has nearly recovered, and the unemployment rate (UE) has remained steady for the second straight month. Though the recovery from the pandemic has been robust, some demographic groups have fared worse from others.

Women and Men, With and Without Kids in the Labor Force 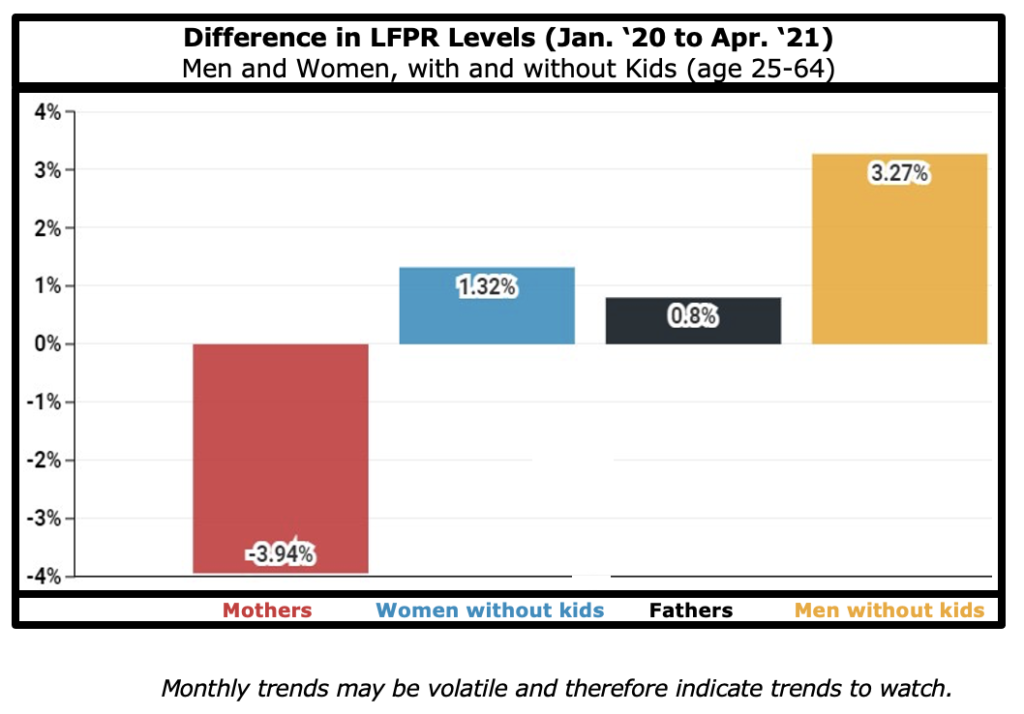