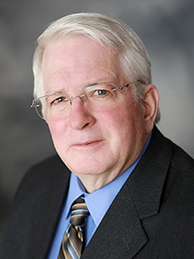 The Terry J. Stevinson Fellowship is designed to spur thoughtful policy discussions and potential solutions regarding the many policy and economic challenges brought about by population growth in Colorado. Through a multi-year effort, CSI will work with different fellows on an annual basis to dive into one particular area concerning growth.

With an influx in the Colorado population over the last twenty years, housing affordability has quickly become a pressing issue in many parts of the state. While this is not an issue unique to Colorado and its major urban areas, it remains an important issue to maintain Colorado’s quality of life and economic competitiveness. That is why the 2021 Terry J. Stevinson Fellowship will be dedicated to researching the issues surrounding growth and housing. 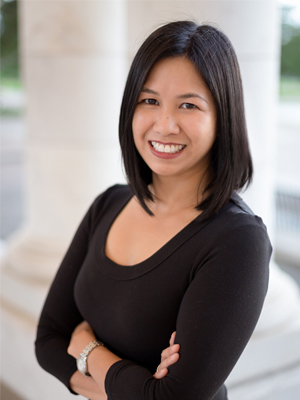 Evelyn Lim is the Director of Policy and Research at the American Cornerstone Institute. She was most recently the Department of Housing and Urban Development’s (HUD) Regional Administrator for Region 8 which covers Colorado, Utah, Wyoming, Montana, North Dakota, and South Dakota. In March 2020, she was detailed to Secretary Carson’s office to lead HUD’s coronavirus relief efforts and support the Secretary in his role on the White House Coronavirus Task Force. Prior to her appointment at HUD, she served as the Deputy Chief of Staff at the Department of Homeland Security (DHS), the third largest federal cabinet agency with over 240,000 law enforcement, military, and civilian employees.

Ms. Lim began her public service career in 2003 at DHS shortly after its creation at the Transportation Security Administration (TSA), then at DHS headquarters. From 2005 – 2007, Ms. Lim served in the White House under President George W. Bush as the Director of Transportation Security Policy. In 2008, she served as the personal aide to the U.S. Ambassador to Finland in Helsinki.

Ms. Lim received her Juris Doctor from DePaul University College of Law in Chicago, Illinois and her Bachelor of Arts from the University of Illinois, Urbana-Champaign. Ms. Lim clerked for Federal District Court Judge Rebecca Pallmeyer in the Northern District of Illinois and for the Illinois Attorney General where she focused on predatory lending practices by home mortgage lenders. She is admitted to the practice of law in Illinois and Florida. 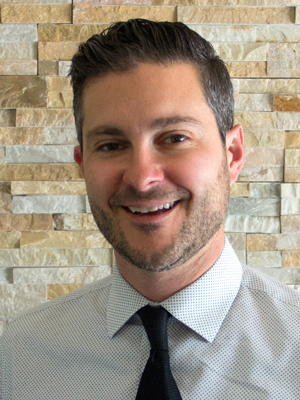 Peter LiFari is the Executive Director of Maiker Housing Partners. As one of over 3,000 Housing Authorities across the country, Maiker works alongside other members from communities across the country to ensure housing needs are advocated for on a national level. Maiker, an owner, operator and developer of affordable housing communities in Adams County, CO collaborates with other Housing Authorities to collectively work toward the overarching mission of the industry to create attainable and sustainable housing and communities for vulnerable families and individuals.

LiFari currently serves on the board of directors for indieDwell in support of their mission to revolutionize the building industry by producing dwellings that better occupant health and well-being, improve the health of the environment and empower community. As Regional President of Mountain Plains NAHRO, and as Chairperson for the Adams County COVID19 Housing Response and Recovery Task Force. LiFari is a graduate of the Maryland Institute College of Art.

He earned his MFA from Queens College and his MBA from the Florida Institute of Technology.

“Thanks to the Terry Stevinson Fellowship, I not only received the opportunity to lay out my thoughts and ideas on this important issue, the decision to have two fellows prepare this report meant that I had the world’s best co-author, Henry Sobanet. Making this experience even better was the incredible support we received from the Institute’s staff which turned our drafts into a readable document. I consider this fellowship the highlight of my career as a transportation professional.” – Ben Stein, 2020 Terry J. Stevinson Fellow

“There are several reasons to celebrate and acknowledge the Terry J. Stevinson Fellowship on transportation. But foremost among them, it represents exactly what philanthropic and civic engagement are meant to embody. Through this Fellowship, Ben Stein and I were able to bring hard facts and years of direct experience to a discussion that in Colorado has for too long been the victim of political inertia and damaging rhetoric. In a time when speaking up about taxes or fees means risking the wrath of social media or even one’s political career, Mr. Stevinson and the Board of the Common Sense Institute gave Ben and me a blank canvas and full editorial control of our paper – consequences or popularity contests be damned. It is this courage and leadership that to me are exemplary and it was an honor to be a part of it.” – Henry Sobanet, 2020 Terry J. Stevinson Fellow

To learn more about Ben and Henry, and the rest of the CSI team, click here.

The full 2020 report titled A Path Forward: A Common Sense Strategy for the Continued Viability of Colorado’s Transportation Network has been widely cited and acclaimed. It laid out five ways to raise between $300 million and $533 million per year. The state would need to maintain its current level of quality or, on the upper end of the spectrum, to knock out the $3.2 billion in unfunded projects identified in CDOT’s 10-year plan. You can find the full 2020 report by clicking here. 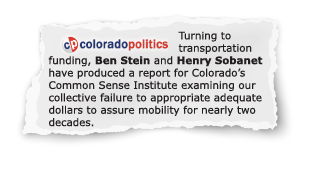 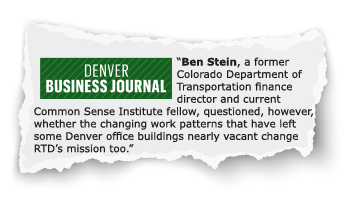 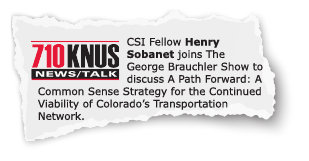