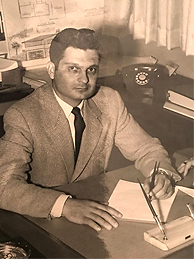 The Mike A. Leprino Free Enterprise Fellowship was established by Laura Leprino and Matthew Leprino in honor of the late Mike A. Leprino, who was a pillar in the Denver community. The son of Italian immigrants, he was a banker, developer and community servant. Some of the greatest treasures and neighborhoods in our state were built and funded by Mike. He gave back relentlessly to his state and country, something that he also instilled in each of his children. No greater defender of free enterprise and the American dream, Mike is someone who from humble beginnings built an enviable legacy in Colorado. Thanks to Mike A. Leprino’s legacy, we can all take a lesson in hard work, the entrepreneurial spirit, and the power of free enterprise. The Mike A. Leprino Fellowship will focus on issues reflected in the values and accomplishments of this former pillar of the community.

The Mike A. Leprino Fellowship will select one individual to examine free enterprise issues facing the state of Colorado. In addition, the fellow will create an annual Free Enterprise Report, a transparency and accountability report on the fiscal health of Colorado. The report will serve as a comprehensive planning document that exists outside of the executive branch and legislative committees. 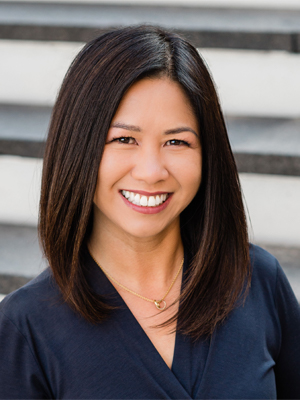 Evelyn Lim is the Director of Policy and Research at the American Cornerstone Institute. She was most recently the Department of Housing and Urban Development’s (HUD) Regional Administrator for Region 8 which covers Colorado, Utah, Wyoming, Montana, North Dakota, and South Dakota. In March 2020, she was detailed to Secretary Carson’s office to lead HUD’s coronavirus relief efforts and support the Secretary in his role on the White House Coronavirus Task Force. Prior to her appointment at HUD, she served as the Deputy Chief of Staff at the Department of Homeland Security (DHS), the third largest federal cabinet agency with over 240,000 law enforcement, military, and civilian employees.

Ms. Lim began her public service career in 2003 at DHS shortly after its creation at the Transportation Security Administration (TSA), then at DHS headquarters. From 2005 – 2007, Ms. Lim served in the White House under President George W. Bush as the Director of Transportation Security Policy. In 2008, she served as the personal aide to the U.S. Ambassador to Finland in Helsinki.