A Message from Earl Wright, CSPR Chairman of the Board

In 2018, we achieved our mission and our voice was heard.

In a year filled with election rhetoric and spin, we brought sound fiscal analysis, economic modeling and the truth to Coloradans on a list of issues. I encourage you to review our entire annual report. It was quite a year of making an impact.

You share in our success and we sincerely appreciate your support and your faith in our mission. With your help, we delivered sound data and facts. Along with our REMI partners, Colorado Concern, the Colorado Association of Realtors, the Colorado Bankers Association and the Denver South Economic Development Partnership, we produced six detailed studies – more than we have ever produced in a single year. Our work provided a comprehensive look at the economic impact of public employee pensions, education, growth, energy, taxes, transportation and the state budget.

Perhaps as important as our analysis was our ability to reach Coloradans. We participated in dozens of events with chambers of commerce, trade associations and business organizations across Colorado to disseminate information. We grew our impact on social media and we worked with local outlets to report on our studies. In total, over fifty opinion columns and 150 news stories relayed information about our studies and data findings. Our work made a difference. The proof came in improved legislative outcomes and sound decisions at the ballot box.

For instance, in May we partnered with 20 organizations to produce an interactive, web-based voter guide for the 2018 gubernatorial race. The Business Guide used the REMI model to answer a vital question: What if Colorado high school graduates went on to obtain the level of post-secondary education and training needed to meet the demands of Colorado’s economy? Working with our partners, we also included voter polling results, a statewide employer survey, and a candidate survey.

The Guide was released at an event featuring gubernatorial candidates and more than 200 business leaders. Members of the media featured the study in news coverage and editorials. In addition, the study served as a significant talking point in forums and voter outreach around the state.

Another first for CSPR this year, we provided Colorado voters with a ballot guide that included detailed analysis of the biggest issues decided on Election Day. We believe the more informed policymakers and voters are, the better the decisions will be made for Colorado.

2018 also marked continued growth for our board of directors, as we welcomed Byron Haselden and Robin Wise to the board, improving our industry diversity and collective expertise. We also named the first recipient of the Terry J. Stevinson Fellowship, Zhao Chang. Ms. Chang holds a B.S. and an M.S. in Energy and Economics from the Colorado School of Mines and made a significant contribution to our work this year.

Again, thank you for your ongoing support and thank you for all you do to make Colorado great. In 2019, we will continue to provide fact-based research, thoughtful conversations, and sound fiscal policy. We look forward to the continued fulfillment of our mission. 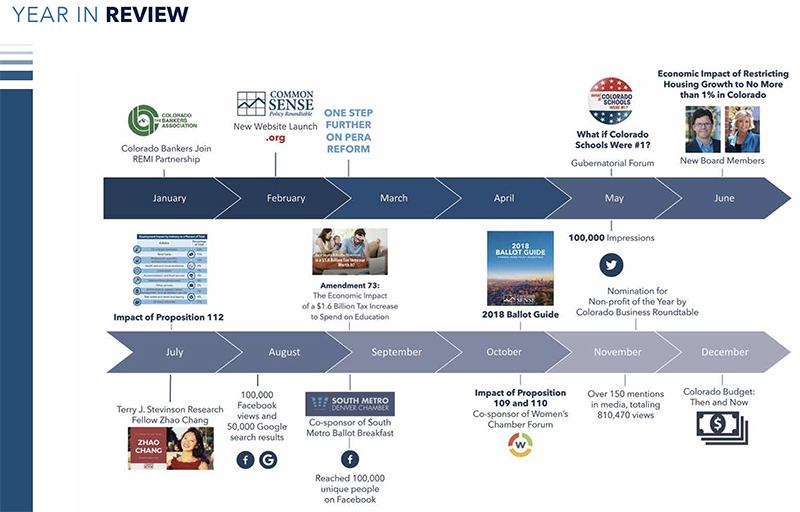 One Step Further on PERA Reform 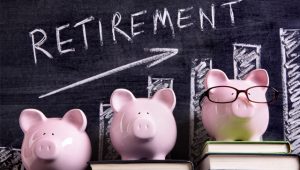 Amid the most hotly debated issue of the 2018 Colorado Legislative Session, CSPR and the REMI Partnership released a detailed study on the financial outlook for PERA (The Public Employees Retirement Association). It also detailed sound reform options that stopped the decades long increase in taxpayer contributions while maintaining a defined benefit plan for the state’s public workforce.

The report detailed changes that could save nearly $4B over the next 10 years, while allowing for more conservative assumptions on the target rate of return and paying off the unfunded liability within the desired 30-year window.

What if Colorado Schools Were #1? 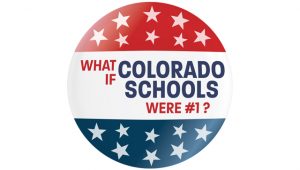 To bring the discussion of education to the forefront of the 2018 gubernatorial race, CSPR partnered with Colorado Succeeds and 20 other organizations, to host a forum that brought together candidates to address their vision for education.

If next year’s 12th grade class achieved a level of education proportional to the state’s workforce needs, an additional 6,200 students would go on to obtain some form of postsecondary education.

The Economic and Fiscal Impacts of Proposition 112 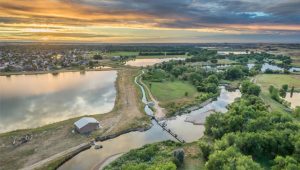 In response to a proposed ballot measure that would restrict new oil and gas development on 85% of surface land in Colorado, CSPR and the REMI Partners led a Colorado School of Mines peer-reviewed study on the potential economic impacts to the state’s economy should it pass. Given CSPR was the only organization to study the impacts of Proposition 112, the results of the study were cited extensively by news outlets across the state.

Amendment 73: The Economic Impacts of a $1.6B Tax Increase to Spend on Education 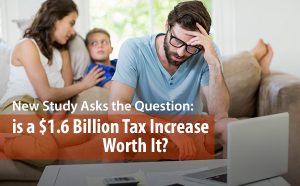 Amendment 73 proposed changing multiple elements within the Colorado tax code, including moving the state’s income tax from a flat tax to a graduated tax, while promising no improvements to school performance. The findings of the study were used to illustrate the impacts of greatly increasing taxes on small businesses, families, large corporations and home owners that would result while statistical modeling showed no correlation between increased per-pupil spending and improved graduation rates. 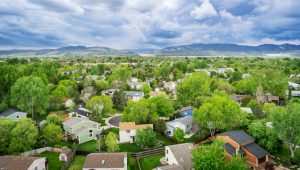 Following the 2017 report in response to a proposed 1% growth cap in the city of Lakewood, CSPR and the REMI Partners released an economic impact study on a citizen led ballot proposal to impose a 1% growth cap across 10 front range counties. Simultaneous to the release of the study, the proposal sponsor chose to remove the initiative, avoiding significant economic loss as detailed in the study. 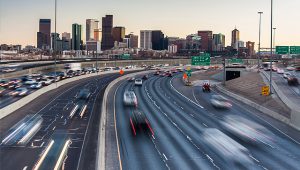 To give Colorado voters a more direct guide to compare and contrast the two proposed transportation funding measures, CSPR and the REMI Partners released a report providing a closer look at Proposition 110 and 109. Proposition 110 imposed an increase in the state’s sales tax and Proposition 109 required the use of existing funds. The study examined each measure and reported highlights. 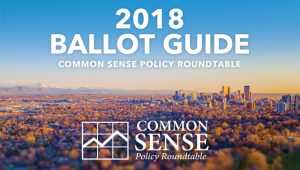 Colorado Budget – Then and Now 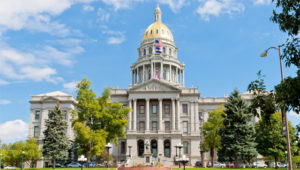 The 2018 release of Colorado Budget: Then and Now offers an updated “big picture” view of how spending by the State of Colorado has changed over the past 20 years. Leading into the 2019 legislative session, it is important to be aware of the history of spending and the entirety of the budget, along with a focus on singular issues. These charts should prompt more questions about the details of “Why” and help frame the perpetual debate that shapes the priorities of our state government spending.

A partnership of public and private organizations announced in July 2013 the formation of a collaboration to provide Colorado lawmakers, policymakers, and business leaders with greater insight into the economic impact of public policy decisions that face the state. The 2018 partners included the Common Sense Policy Roundtable, The Colorado Association of REALTORS, Colorado Bankers Association, Denver South Economic Development Partnership, and Colorado Concern.

The Terry J. Stevinson Research Fellowship is a year-long commitment. As an organization dedicated to developing deep insights into critical policy issues, with a strong emphasis on understanding the full economic and fiscal ramifications of policy choices, the Research Fellow is responsible for supporting the public facing research that CSPR develops. The Fellowship is named after and funded thanks to the generosity of CSPR Founding Board Member Terry Stevinson. 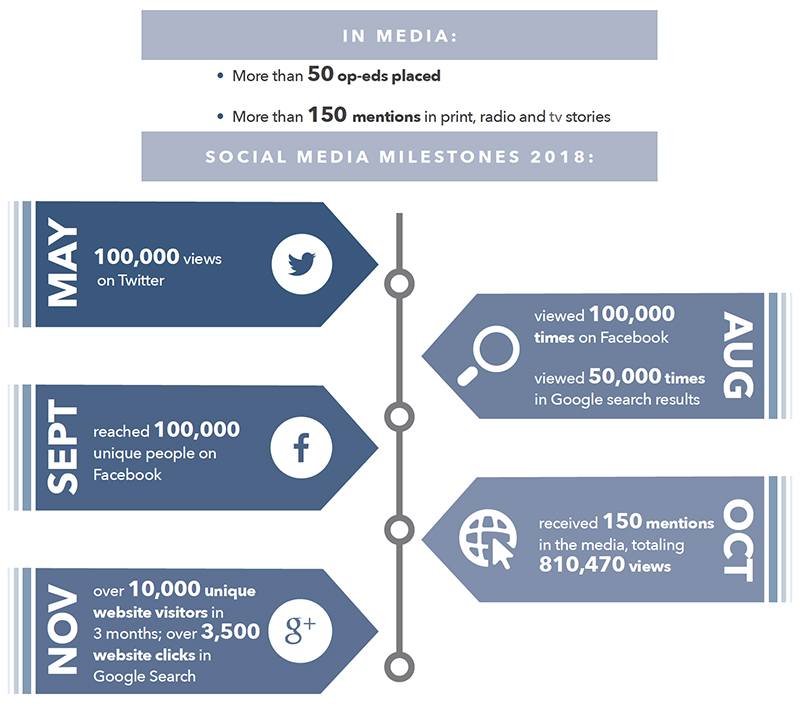 Go to Board of Directors page >>

COMMON SENSE POLICY ROUNDTABLE IS A FREE-ENTERPRISE THINK TANK DEDICATED TO THE PROTECTION AND PROMOTION OF COLORADO’S ECONOMY.

We are THE SOURCE for FACTS on free enterprise issues in Colorado.

CSPR is a nonpartisan, nonprofit, 501(c)(3) educational organization. CSPR owns the The REMI Tax-PI dynamic model, which was built for Colorado and calibrated with Colorado revenues, expenditures, employment and population. We are supported by our board of directors and private donations from foundations, individuals and corporations. We do not accept any government funding.

A NON-PROFIT, FREE-ENTERPRISE THINK TANK DEDICATED TO THE PROTECTION AND PROMOTION OF COLORADO’S ECONOMY.